Basaksehir could only draw on Friday night and they are now 3 points ahead of Galatasaray in 2nd. Today Galatasaray play at home to Besiktas who are in 3rd. A win would put them level on points with Basaksehir but ahead on goal difference (head to head first and then GD) with 3 left to play. They play each other in 2 weekends time.

Dortmund through away a 2-0 lead at Bremen to leave them 4 points adrift. Dortmund now need to win both of their final 2 games and hope Bayern only pick up 1 point from games against Leipzig and Frankfurt.

Frankfurt decided to not really turn up to their game on Sunday, with their focus fully on Thursday's 2nd leg at Chelsea. A much changed side losing 6-1 at Leverkusen - it was 6-1 at half time. Whilst understandable, they are in danger of missing out on a Champions League spot now and if results really go against them, they could slip down to 8th by the end of the season and miss out on Europe altogether next year.

Surprised there aren't more play-offs there if the only criteria is to be level on points.

Missed it at the time but heard on a podcast earlier about Atalanta having 47 shots in their match against Empoli and it ending 0-0.

Apparently its talked about in Italy less as Atalanta's failure but more an incredible performance from Empoli's young goalkeeper who is expected to move to one of the big clubs this summer.

The top 2 are on the same points with 2 matches left to play and play each other next weekend. head to head comes before GD and because they drew with each other earlier in the season it means whoever wins at the weekend wins the league as the other can only come back level on points with them on the final day, but will be behind on head to head. A draw obviously takes it to the last day with Galatasaray starting top on GD

Grasshoppers Zurich relegated for 1st time in 70 years. 4-0 down in Luzern, fans moved pitchside & threatened to storm it. Demanded players hand over shirts & socks. Wanted them to crawl back to changing room like dogs, in just pants. Game abandoned.

Leipzig hold Bayern and Dortmund win so the Bundesliga goes to the final day. Bayern massive favourites against a Frankfurt team who have hit the wall after their Europa League exploits. Frankfurt in danger of missing out on Europe altogether last year after looking set for a Champions League place just a couple of weeks ago.

Bayern just need a point. Dortmund's loss to Schalke and draw at Bremen (when winning 2-0) looks to cost them the title.

At the bottom. Nuremburg and Hannover gone.

In the 2.Bundesliga - the Hamburg nightmare is complete. They expected to just be on "loan" to the 2nd division this season but a disaster of a second half of the season ended that hope - a 4-1 defeat at Paderborn yesterday means they are 4th and cannot even make the promotion play-off. Paderborn and Union Berlin enter the last weekend with a chance to join Cologne in the Bundesliga. Whoever finishes 3rd will play Stuttgart home and away for the final place in the Bundesliga.

Portuguese league goes to the final day next weekend with Benfica starting 2 points ahead of Porto and with a much better GD. Benfica play at home to mid table Santa Clara and Porto play Sporting Lisbon.

Atalanta unhappy that at 0-0 a Lazio player, already on a yellow card, blocked a shot in the penalty area with a raised arm and it was not even VAR'd 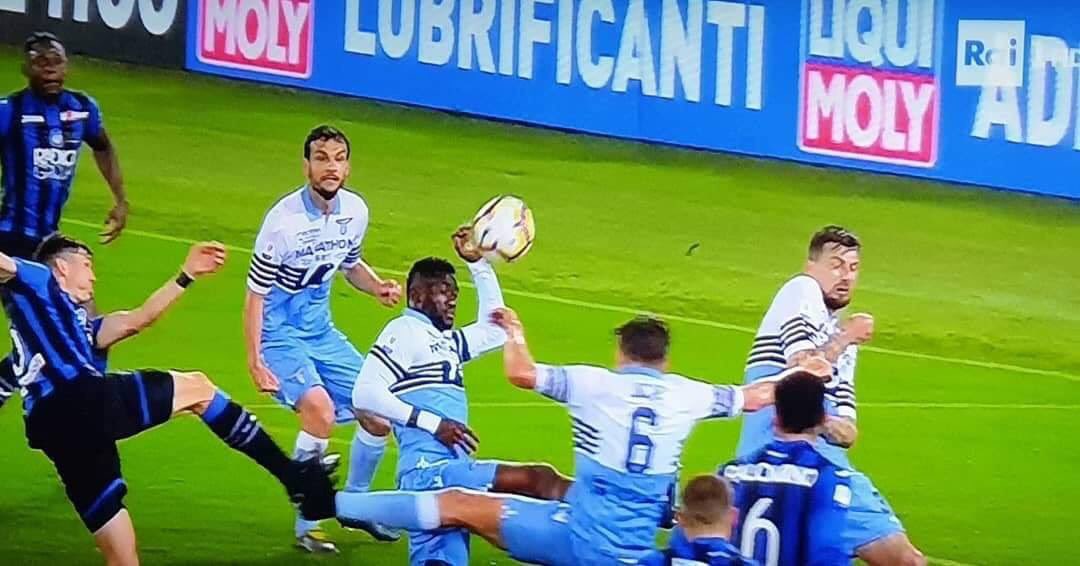 in Dec 2018 Winston Biscuit Palermo in Serie B purchased by a company in London for €10 with a further branding purchase agreement which guarantees the new owners have to put another €22.8M into the club to get them to a healthy financial position.

Palermo booted down to the 3rd division after financial miss management

Getafe let in an 87th minute equaliser which allowed Valencia to leapfrog them and take the final Champions League spot.

Would have been fairytale stuff had they got into the CL. So close!

Serie A has a good final day lined up. 4 teams fighting for the last 2 Champions League spots and all of them playing teams they should really beat. Atalanta with another great result at the weekend takes them up to 3rd after Inter lose. Relegation still to be sorted out too.

Juventus' form since winning the league has been abysmal. 1 win in the last 6 and 4 wins in the last 10.

Winston Biscuit Juventus' form since winning the league has been abysmal. 1 win in the last 6 and 4 wins in the last 10.

De Graafschap of the Eredividie beat Cambuur of the Eereste Divisie (2nd div) in the Dutch relegation play off.

Union Berlin promoted to the Bundesliga for the 1st time in their history. They win Relegation 2019 on away goals.

That must be the harshest way to get relegated - losing on penalties is one thing but Stuttgart have been relegated because Union got a 2-2 draw in Stuttgart but they could only draw 0-0 in Berlin.

pretty rare for the 2nd division team to win the relegation play off isn't it?

Serie B play off final is Hellas Verona Vs Cittadella

Users browsing this forum: No registered users and 8 guests