Newcastle Expected To Claim Another Away Win

It feel like Mission Impossible for the Royals tonight as table toppers Newcastle United visit the Madejski Stadium, to play in front of what is expected to be a near sell out crowd. Newcastle are in amazing form, having gone 10 League games without defeat, and find themselves five points clear at the top of the table. Consecutive away victories over second placed Brighton and third placed Huddersfield have made Newcastle firm favourites to win the league and promotion back to the Premier League.

On paper this is a guaranteed away victory, especially if you factor in Reading's poor form against teams at the top of the table. Reading have also just had those two away fixtures and our fortunes were reversed with a 0-1 defeat at Huddersfield and a really poor performance against Brighton as we went down 0-3. The only factor in Reading's favour is we are at home - but that's unlikely to trouble The Magpies.

Garath McCleary was rested during Reading's 2-1 home win against Wolves at the weekend, but may make a return against Newcastle. It's a different starting eleven every match under Jaap Stam - and that's partly due to the huge number of options he has available. There seems certain to be more tweaks to the side, and many fans will be hoping that Jordan Obita is preferred to Tyler Blackett at left back. One player who surely will be playing will be central defender Paul McShane who marked his full return from injury with a great performance and a match winning goal. Mutch will probably find himself remaining on the bench - but hopefully Stam can find room for Liam Kelly who was an unused substitute on Saturday despite his amazing performances so far this season.

Earlier this season Reading were thrashed 1-4 at Newcastle. We will of course be hoping to avoid a repeat of that, but you can't help feel that it's a possibility. It's no wonder that the visitors are firm favourites for the win. However they are around evens, which could be worth a judas bet this evening and you can find some of the best football odds at William Hill Ireland online with complete list of different matches across the globe. 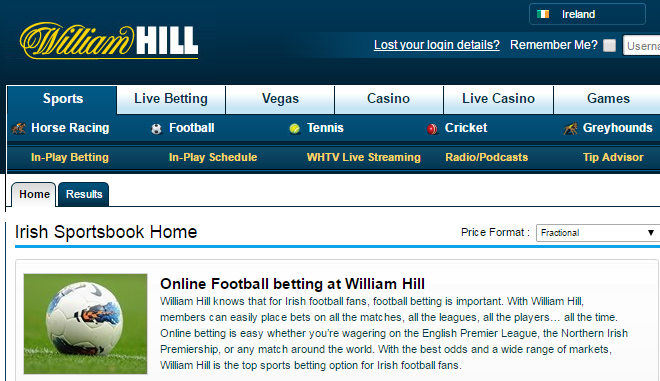 The rapidly becoming steamroller of Newcastle United roll into town next for quite probably what will turn out to be an evening of desperation for Reading as they try to keep the goal count down.

Of course the club will raise their game and turn on something a little bit better than that which was manifested for the Wolves game but it's going to have to be quite some performance from the team to keep Newcastle out.

At this point I would urge all Reading supporters to treat it it like a cup game and get 100% behind the team from the kick off. However, given the increasing reports that the club stewards seem to be under instruction to do everything that they can to kill any sort of proper supporter behaviour, even that may not be possible. Perhaps we should all arrive with rumblestix, vuvuzelas and have a happy clappy attitude as we sing Sweet Caroline throughout.

As regards team news, Reading will still be without the same players who missed the Wolves game but Saturday's surprise exclusion Garath McCleary is expected to return after being rested to allow the niggles he has been suffering with so far this year to recuperate a little.

Newcastle have a vast array of talent available which sadly includes the return of Dwight Gayle from injury. Rafa though will no doubt confuse everyone with another rotated team selection so who knows who will actually play for them.

Unsurprisingly there are not many league games that have been played between the two clubs. All ten league games have been played since 2006 and this game will therefore be the fifth to be played in Reading. Of the previous four Reading have recorded two wins to Newcastle's one. The one defeat happening the last time the two clubs played at Championship level when Newcastle fairly easily marauded back the the Premier League - sound familar?

Of the ten games Reading have only ever kept one clean sheet, however Newcastle have never managed a clean sheet in deepest Berkshire - in any competition. Best game?

what will turn out to be an evening of desperation for Reading as they try to keep the goal count down.

I would be amazed if Newcastle win 3 away games on the spin to promotion opposition. Yet stranger things have happened.

I was at the away fixture and thought the score massively flattened them and thought we should have scored a couple more.

This is definitely the hardest home game we've had this season but I think we will find a lot more space to pass the ball than against other teams who sit back behind the ball. Newcastle I think will come at us after being full of confidence.

With how strong we are at home, we should be aiming to take a point from this game

Newcastle had 24% possession against Huddersfield last night. they just let them have the ball and hit them on the break.

Yes - like us beating West Ham, Brighton, and Southampton in successive away games in 2012... (OK, they weren't strictly on the spin, and Brighton were just outside the playoffs - but to us at the time they were all rivals.)
Strong teams win games like that.

Beating Newcastle in the Prem was great, but the best home game I can remember against them was a 3-3 cup match in the late 80's. If we can get that kind of atmosphere going, we might be in with a shout.
Probably be just rumblesticks though.

Yes - like us beating West Ham, Brighton, and Southampton in successive away games in 2012... (OK, they weren't strictly on the spin, and Brighton were just outside the playoffs - but to us at the time they were all rivals.)
Strong teams win games like that.

Beating Newcastle in the Prem was great, but the best home game I can remember against them was a 3-3 cup match in the late 80's. If we can get that kind of atmosphere going, we might be in with a shout.
Probably be just rumblesticks though.

Think they'll just be too good and confident for us unfortunately. Close game but going for 1-0 to them

I would have agreed before the Brighton game, but having dealt with those two and now have to face us, id say in this context it would be stranger if they didn't win 3 away games on the spin.

As the away team should still get pretty decent odds on the Judas bet, i know I'm lumping on.

Thought Newcastle were a bit rubbish against Huddersfield, shouldn't have had a penalty for their first goal and then the second was contentious, if not then they've been handed one by Danny Ward. Oh and the third goal was just

So having seen that and also them winning a game at Brighton which they really shouldn't (nothing suggested they would equalise until Diame's fluke and Brighton should've put them away anyway)... I'm not sure they're that great. I mean they're top of the league but it's not like they've swatted aside their nearest rivals and are going to steamroller us as well. You'd make them favourites with Gayle back, but if our players are seriously going to step up and get us promoted this season this is the kind of statement game you need to win. Our mediocre form recently might be enough to keep us in the playoffs but it'll see us well beaten if we come up against Huddersfield, Leeds or god forbid Brighton over two legs or at Wembley. Time for our lot to prove they can be big game players starting with what should be a good atmosphere Tuesday

^ this. I would dearly hope Stam gets our players believing and pumped up for the game so they treat it like a cup tie and rise to the occasion and produce a performance of much higher quality (e.g. the first 30 minutes at Derby) and not do what they did for their last big game at ManU when they just didn't bother turning up at all.

Just spoke with my Geordie colleague who is in the away end tomorrow, says he know loads of Newcastle fans who have got tickets in the home end, so hopefully we win just to keep them quiet.

Must be close to a full attendance if the Newcastle fans are plugging the gaps in the home end.

Believe so, think a 23k+ crowd is anticipated by the club.