Reading Aim To Remove Preston From Play Off Race

The tough games against teams at the top of the Championship continue to arrive at a fast rate for the Royals. Having secured a useful point at home to table toppers Newcastle United mid-week, this weekend Reading have a really good chance to effectively eliminate Preston North End from the play-off race. With 10 League games of the season remaining, Preston are 11 points behind the Royals in ninth place. A Reading victory would surely end any realistic chance Preston have of taking a play-off place from the Royals - and take Reading one huge step closer to a top six finish. However, as is always the way, a win for Preston would see Reading looking nervously at the chasing pack as they close the gap on sixth spot.

Jaap Stam's choice for starting eleven really is anyone's guess. It changes every week and he certainly doesn't like to be predictable with players out of position and those who'd you'd expect to be playing left out on the bench. Liam Moore has been excellent all season for Reading but will have to miss out after picking up a hamstring injury and limping off on Tuesday night. The arrival of Jordan Obita off the bench against Newcastle coincided with a strong finish to the game from Reading. Obita is clearly a better left back than Blackett - so the obvious choice is Blackett to move into the middle to replace the injured Moore and Obita to be recalled to the starting eleven on the left. However, Stam may have other plans.

Liam Kelly only managed the first half against Newcastle before being substituted. It appeared tactical but Stam hinted it was due to a hamstring issue. Either way he may find himself swapped out for the trip to Preston. Kelly is another player who has been excellent this season but wasn't his best against the Magpies on Tuesday.

Preston have only lost once in the League in their last seven games. That was a 1-3 reverse at Fulham who are rapidly closing in on Reading and the top six. Those last seven games may have only included 3 wins, but all of those have come at home. In the whole of 2017 Preston have only dropped two points at home over five league games and will be hoping to continue that run - and in doing so keep their season alive. Reading have only picked up one point from their last three away games - although that did include defeats at Huddersfield and Brighton. The last time the two sides met was on the opening day of the season when Preston were defeated 1-0 at the Madejski Stadium thanks to a debut goal from John Swift.

A trip to Preston beckons and another very difficult game is ahead. While their recent from is just 4 wins in their last 11 league games an additional 5 draws in that run would suggest they are also very difficult to beat. Their recent home form is also very useful with 6 league games played since they crashed 4-1 to Leeds on Boxing Day of which they've won 4 and drawn 2, including winning their last 3 games

Preston have an issue at right backwith both Alex Baptiste and Marnick Vermijl out and Jermaine Beckford also appears to be out of favour having not been involved for the last few games. However current star players Jordan Hugill and Aiden McGeady are both fit a ready to go.

Heaven knows what knocks injuries and issues are in amongst the Reading squad as every game seems to bring more surprises. Forgetting the usual unavailable suspects it would appear that Liam Moore is doubtful and also Liam Kelly may also have a knock. On top of that Garath McCleary has had a few minor niggles that the club are trying to "treat" through rest every now and again. Presuming the worst then I imagine Moore will be replaced by Obita and Popa in for McCleary. I think would also expect to see Beerens return to the left and some other midfield combination for Kelly & Mutch.

Another very long away trip up north to a place Reading have always struggled to get any league points. It took 9 visits to Deepdale to get a first win and there have only been 4 for Reading in the total 25 league games played there to date. In that time Preston have managed 16 home victories very much setting a low expectation for Reading on this fixture.

On the upside, since returning to Division 2 level in 2002, Reading have won 2 of the 8 league games played and managed a draw in another which gives them a better ppg ratio than in the 17 previous league games (0.87 v 0.58).

So all to play for then.

As always, very thorough and informative.

Heard there will be a stream online for this?

If Moore's out, what would you expect the team to be... a switch back to three centrebacks to make up for it with JVDB and Blackett coming into it? Blackett as a direct replacement and Obita LB, or the dreaded JVDB partnering McShane and Blackett staying LB?

I think I'd probably look at:

Very likely to be streams, BeIN sports have picked it for their live game this week, god knows why but I'm not complaining!

Stick with how we set up after he went off in the Newcastle match. Looked very solid.

Preston have none of their 4 right backs available due to injury so possibly may alter formation to 3 at the back to accommodate a suitable change. Midfielder John Welsh is also injured.

Would suggest, therefore, that Beerens, or whoever Stam selects to play on the left, needs to really take the game to them down that side and get them very edgy and unsure - particularly early on in proceedings.

But that is exactly what they will expect us to do. If we actually spend the first 20 minutes passing 10 yarders between Habsi, McShane and Gunter deep on our right, which is exactly what we've already done 36 times this season, THAT'll be the last thing they expect and will shake them badly, into losing!!!! 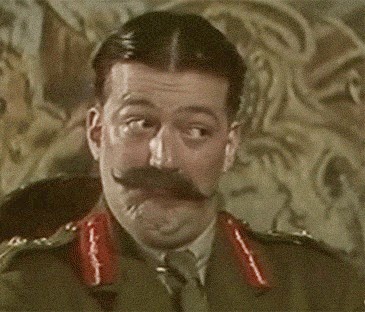 There was controversy before the game even started, with both teams trying to warm up in the same half of the field. I can't fathom Reading's reasonings for this, but Howie refused to change ends despite repeated requests from the PNE keepers, stewards, groundsmen and somebody in a suit. This speread out over 15 minutes, with both teams cramping the far half. Finally, the man in the suit persuaded Mad Dog to take his troops into the other half, and the deserted Howie and van der Kwaak gave in and soon followed. Bizarre, but good fun to watch.

Luvverly jubbly.... just flicked over to BeinHD12.... </armchair fan> Although, gawd knows, it's never pretty when we're on the gogglebox.

18 June 2021  Chronicle
Transfer round up: Who should Reading sign this summer?